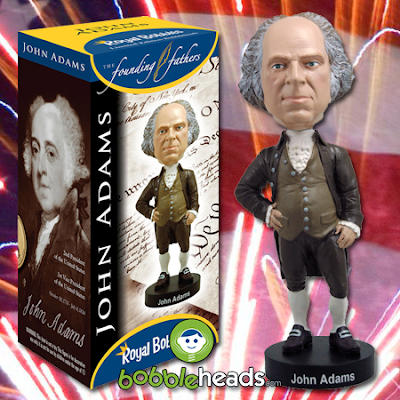 "Learned and thoughtful, John Adams was more remarkable as a political philosopher than as a politician. "People and nations are forged in the fires of adversity," he said, doubtless thinking of his own as well as the American experience.

Adams was born in the Massachusetts Bay Colony in 1735. A Harvard-educated lawyer, he early became identified with the patriot cause; a delegate to the First and Second Continental Congresses, he led in the movement for independence." - WhiteHouse.gov


Extra reading: "Abigail and John Adams, a love story," by Joseph Ellis via Constitution Daily
Posted by Unknown at 12:46 PM